“At the end of last school year, my voice was calloused and my hands were dried out and white after each day of school. My school saw its first computer lab which had opened halfway through the school year, and the with the addition of the lab my computer classes were made a little easier. I split each grade level in groups of twenty, two students per computer. Some of the classes had around 80 students so each student got less than 30 minutes of computer time once a week. Most students had never touched a computer, so using the 30 minutes for finding 3 letters on the keyboard was almost unbearable. The smaller groups made the classes considerably more manageable, but I was forced to give the same lesson three or four times consecutively for each grade level. Needless to say teaching in the Peace Corps quickly lost its luster and I needed to get creative or wait for a second wind of adrenaline like the one that got me through PST and the first few months at post. I decided to start a club called Typing Tuesday. I found a great typing game in French for students to practice their hand placement and avoid staring at the keyboard while they type. Students could sign up for the first hours after school or the second. They had the first 45 minutes to practice, and at the end of each hour they had races and I tracked Words per Minute as well as Precision percentage. The winners got their names written on the board, and a sense of competition drove them to practice the rest of the year.

I considered Typing Tuesday (Club Informatique) extremely successful. When I posted up the sign-up sheet students would sprint out of their classes pens-in-hand. Students got to use the computers for an entire hour instead of a quick 30 minutes, which helped the students advance much quicker in class—getting used to the motor functions often used with the mouse and keyboard. This was one of my favorite parts of the job by the end of the year. The same interested kids would come each time and they knew the drill so I needed only bring a book and read while the sound of clicking echoed around the computer lab walls. Because of the success for both students and teacher, I decided to ask for less hours this new school year and focus on clubs where I would find more interested students and more manageable class sizes.

This year, aside from Typing Tuesday, I am running English Club as well as Science Club. In English Club we are rehearsing the play Peter Pan. The first week I opened the computer lab to show the original Disney film projected on the wall. Students trickled in filling every inch of space in chairs, on the ground and standing in the back. They laughed at Smee’s every word, at Nana the dog and her humanistic ways, at Tinkerbell’s jealousy of Wendy and Peter, and of Captain Hooks’ dread of the tick-tocking crocodile. Last week we held auditions and I took a video of each student. The first handful of students had used the week before to memorize a line or two, but after they auditioned, the students who had just come for something to do began reading the script and running up on stage to take part in the fun. This week I will be posting up the winners of each role, as well as the side roles of pirates and lost boys. The play will be December 19 and rehearsals start this wednesday and continue until the presentation. I also have the help of a fellow teacher who will be working with the backstage crew making props and backgrounds. It should be magical..

The last club is science club. This club is a cooperation project with Matt Loftis and I, as well as an excuse to get to redo all our favorite science projects from elementary school as well as learn some new French vocabulary. The first week of the club was the well-known Egg Drop. After a short lesson on the Scientific Method and gravity, 6 groups of students got to protect their egg with recycled bags and other packaging materials and drop them from the tallest building in Bandenkop (2 stories!). Only one group’s egg broke and everyone gave them a hard time. The next club day was Foil Boats. After a lesson on buoyancy, groups received equal sized sheets of aluminum to make a boat that would hold the most pennies. Some of the boats were pitiable, others purely decorative, while a couple were ready for the challenge. After one of my more difficult students succeeded in holding 42 pennies, I couldn’t resist quickly building a “teacher” boat for matt and I and winning with 58 pennies. Teachers: 1 Students: 0. The most recent experiment was papier-mâché volcanoes. It was a much lengthier lesson than experiment, but the students were interested and answering questions. Before adding baking soda to vinegar, the students learned the layers of the earth and the parts of a volcano, then we gathered in groups to watch the reaction. It was less exciting and competitive than the other experiments, but was still a success and the students left with the volcanoes to show and explain it to other students outside.

I think I speak for most everyone, when I say that teaching in Africa isn’t easy. It’s almost impossible for me to have a silent room with the younger students, and the class size makes it impossible to reach every student. It is also that much harder as an American, as a woman, and as someone who believes it is morally incorrect to hit students. As idealistic volunteers, the fact that we can’t improve every one of our students’ work is a big pill to swallow. With clubs I’ve found that I can reach the students who want to be reached and are interested in the subject matter. I can more easily see the small successes and improvements from my work, and the evaluation is much more enjoyable. My students are now typing at rates of 53 words per minute, students see Matt and I’s matching planet and stars pange and run into the classroom announcing Science Club!, and by the end of the trimester my students will have memorized and performed an entire play in English in front of school administration, community members, and a couple visiting parents from the States.” 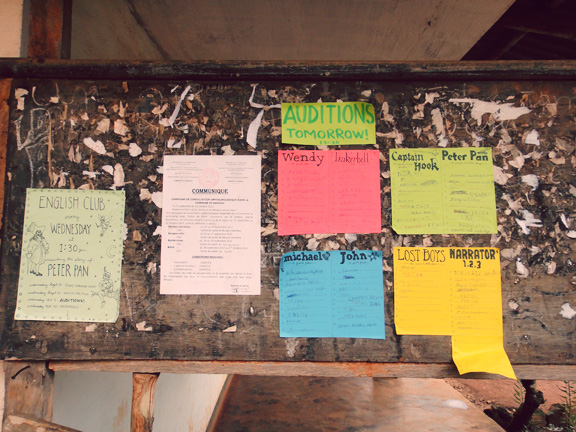 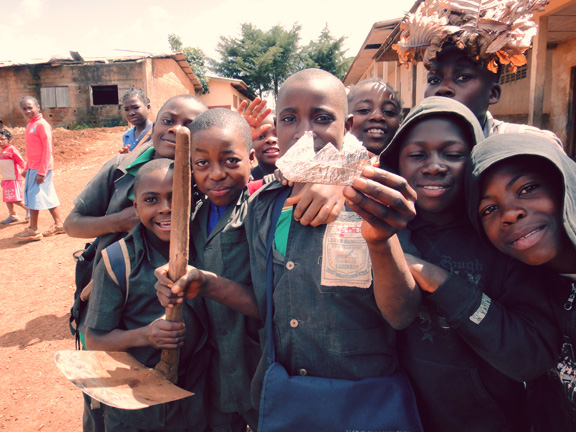 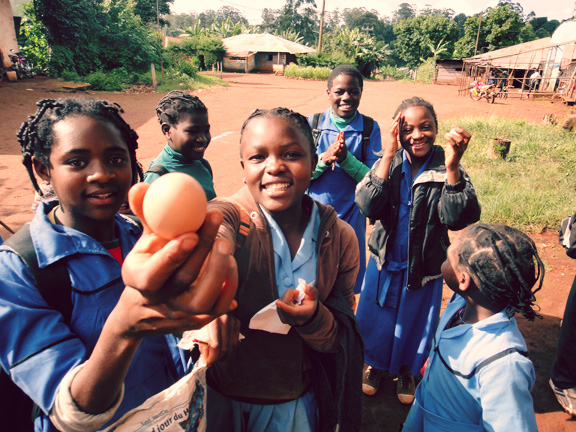 Sat on my floor tonight reading old school typography books. they were a bit dusty, but i was looking for something specific. i got frustrated with not finding the sentence i remembered reading sophomore year of college so i opted for the wikipedia route. i’ll find it someday, but this will have to do for now. 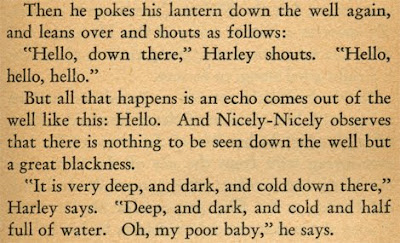 Sentence spacing with single, but enlarged, spaces was widely employed before the 20th century. Double spacing[3] (sometimes referred to as English spacing) came into widespread use with the introduction of the typewriter in the late 19th century.[4]It was felt that with the monospaced font used by a typewriter, “a single word space … was not wide enough to create a sufficient space between sentences”[5] and that extra space might help signal the end of a sentence.[6] This caused a widespread change in practice. From the late 19th century, printers were told to ignore their typesetting manuals in favor of typewriter spacing; in the 1890s, Monotype and Linotype operators used double sentence-spacing[7] and this was widely taught in typing classes.[8]

With the advent of the computer and the widespread use of proportional fonts, double sentence spacing became obsolete.[9] These proportional fonts now assign appropriate horizontal space to each character (including punctuation marks), and can modify kerning values to adjust spaces following terminal punctuation, so there is less need to manually increase spacing between sentences.[5] From around 1950, single sentence spacing became standard in books, magazines, newspapers, and webpages.[10] This was French spacing—a term synonymous with single sentence spacing until the late twentieth century. However, many still believe that double spaces are correct. The debate continues.. 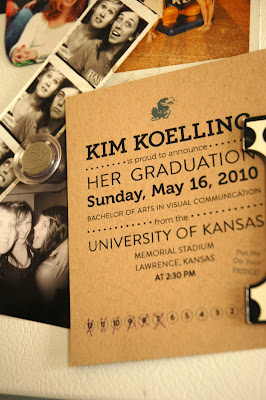 Almost finished! I can’t wait for my family to come in saturday—mostly because none of my friends have met my parents, and now they will see why I am me. I just got off the phone with my grandpa who isn’t recovering as fast as he thought he would from his foot surgery. He feels so sad about not being able to make it now, but I think foot surgery is more important. I told him i can reenact everything for him when I go to Florida to visit next. This will also give me a chance to re-wear the $70 dollar graduation outfit they make you buy. Worth it I guess.. Maybe I can sell it to Lindsey or Ferrell at reduced price. 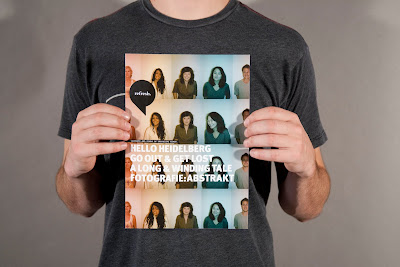 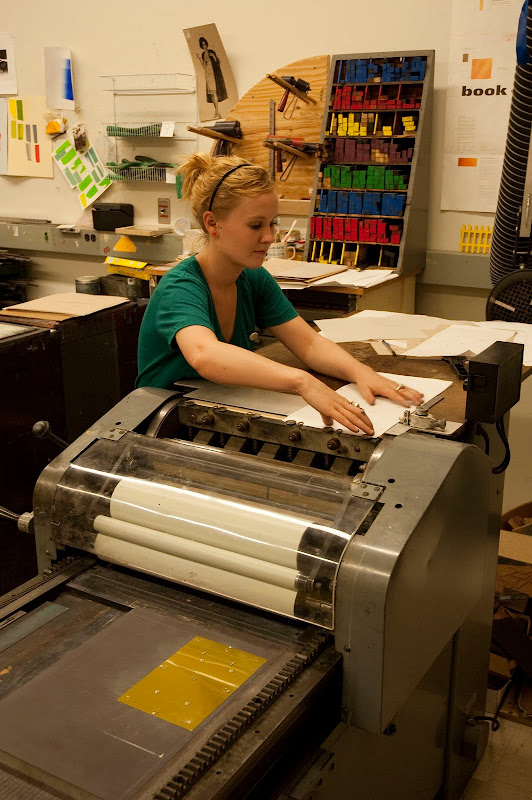 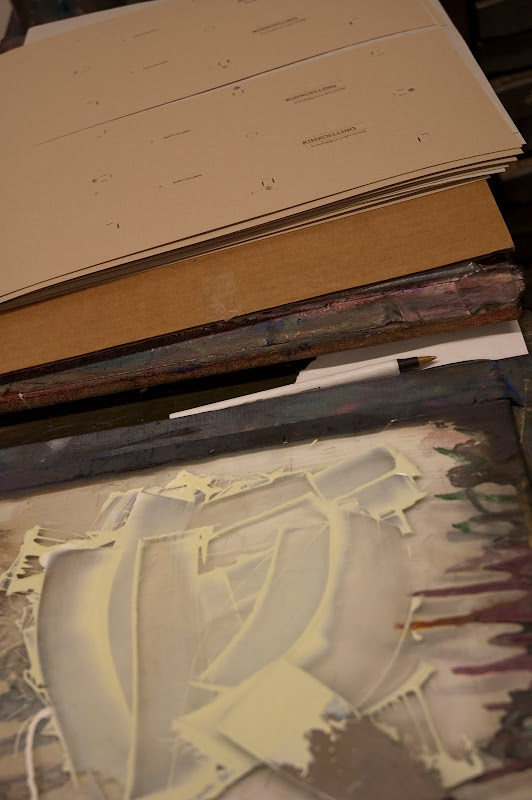 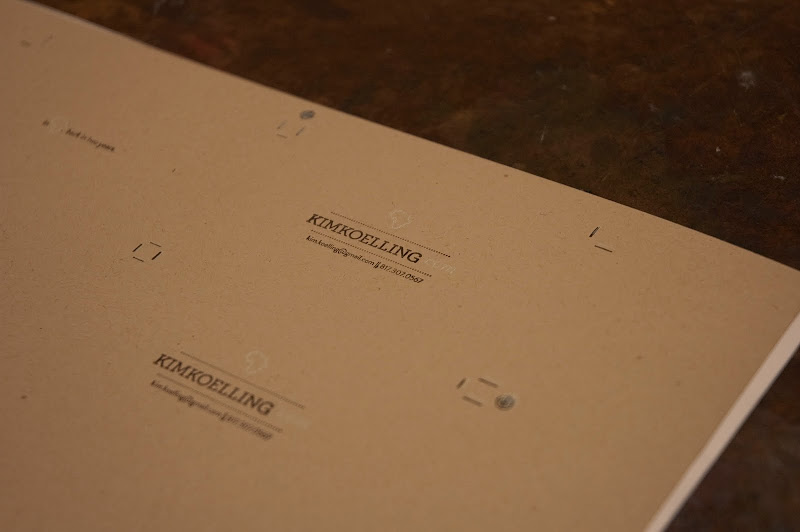 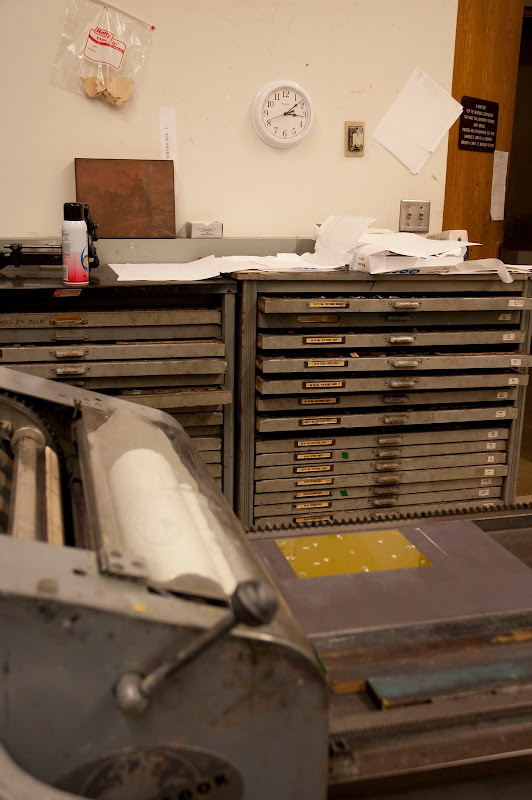 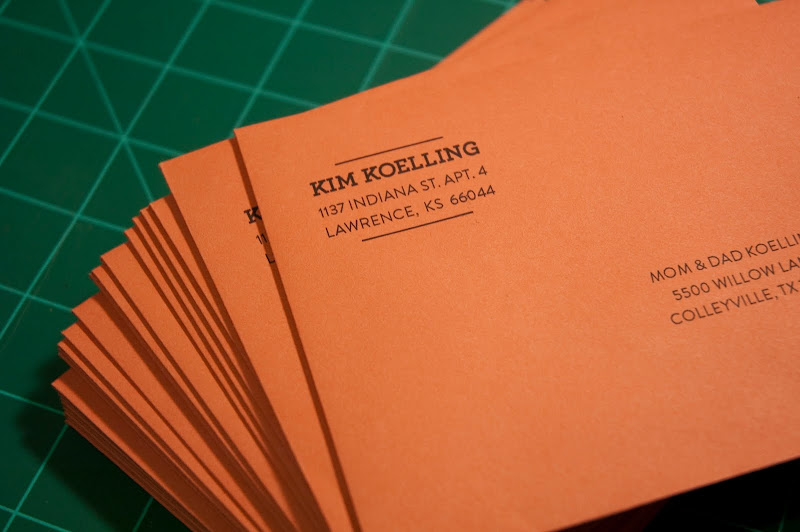 hello readers! I’m alive, I swear! graduation has proved to be a way bigger project than I had expected. Since last thursday I have yet to hit the sack before 4 a.m. But I’m on a roll, and I’m glad I got into work mode early on, despite that it has been wonderful outside lately. Last night was the last of my letterpressing for my business cards. I HATE REGISTRATION. That is what I learned. I was pretty happy with the outcome. For my first time printing with custom plates and size 7 type I was super excited about how they came out, though if I had to do it all over again I would definitely make some changes. Jarred was in the lab with me pressing his plates, too. I got to teach him how to use the press, and by the end he was makin cards like nobody’s business. I think I like teaching more than I thought.

Also, I am now the proud owner of kimkoelling.com! It’s nothing special right now, but my whole summer project is to be able to create an awesome website just coding html and css into my text edit. websites from scratch. I’m hoping for the best.
I just finished making my grad announcements, putting them in envelopes and realizing I don’t have any addresses. my head hurts. my body hates me right now.. 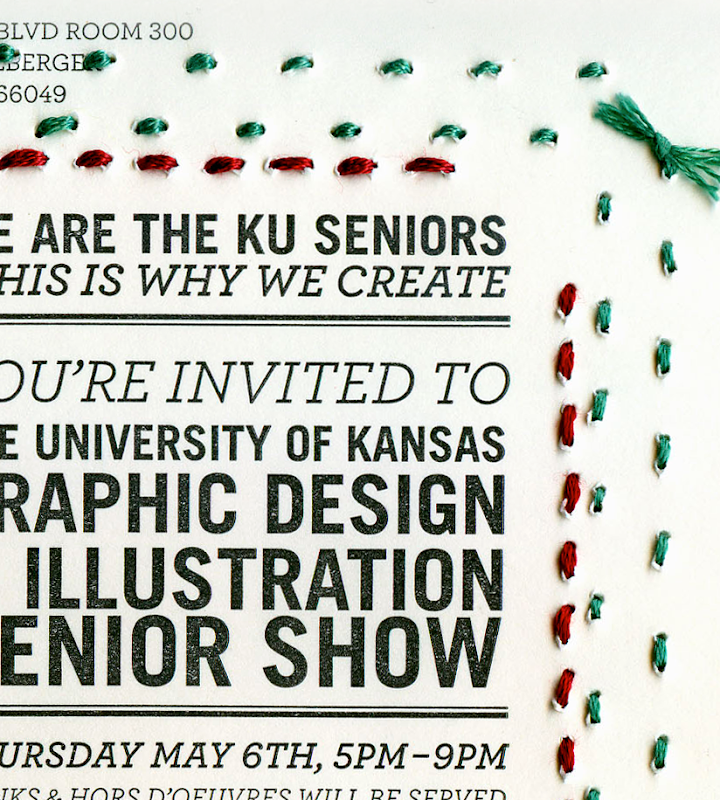 sleep is for losers. embroidery is for grandmas. but i like both anyway 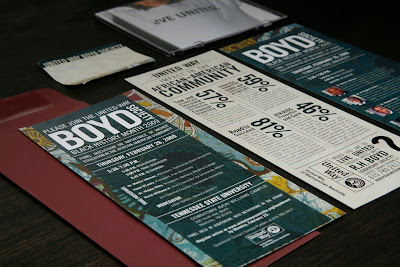 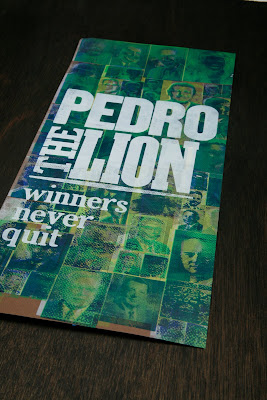 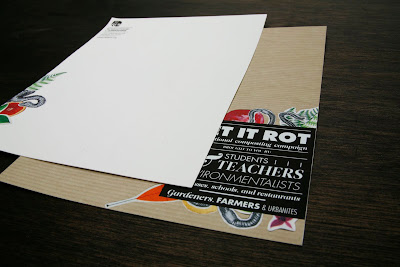 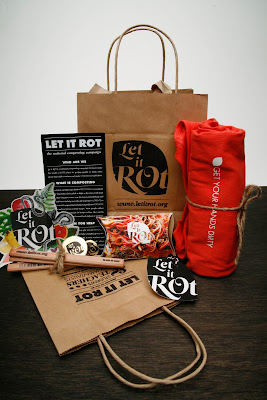 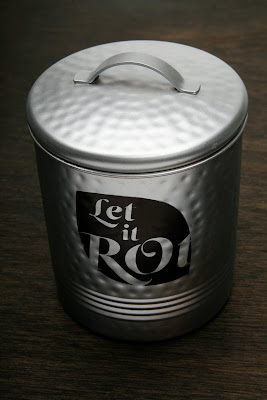 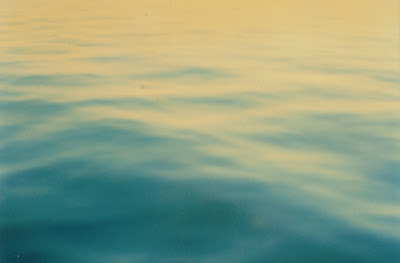 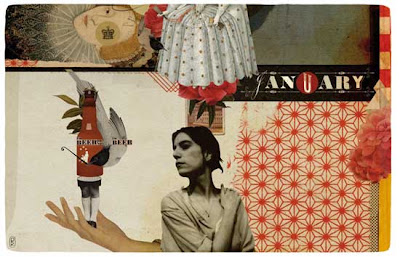 I found these inspirations I had posted on my old blog for Graphic Design II. I looked back at them today because I’m using a similar cut & paste style, but also because these sites were just so cool. This is something I need to start playing with a lot more on my free time. I want to become a lot better at ornamentation and layering, and doing things in my free time in general.. Enjoy! 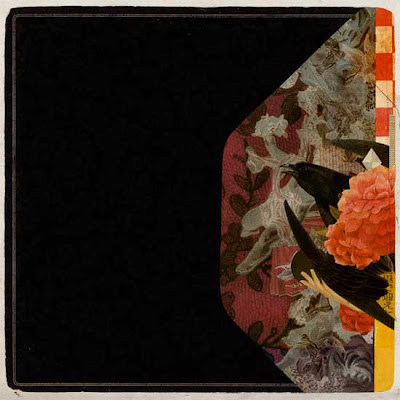 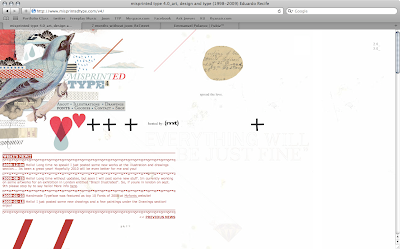 I love working with flash, but it’s frustrating when there’s no one really to ask for help. So after hours of tutorial watching and nerdy blog reading, these are screen shots from a partially completed website for Let it ROt! The National Composting Campaign that the nation doesn’t quite yet know about, but just wait.. 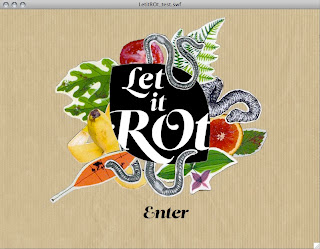 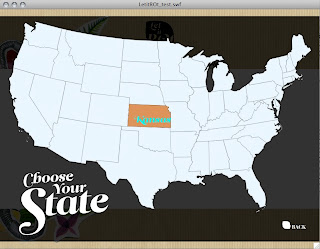 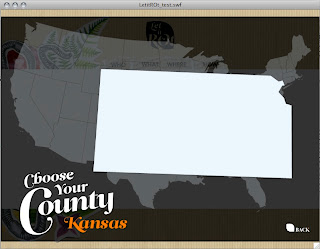