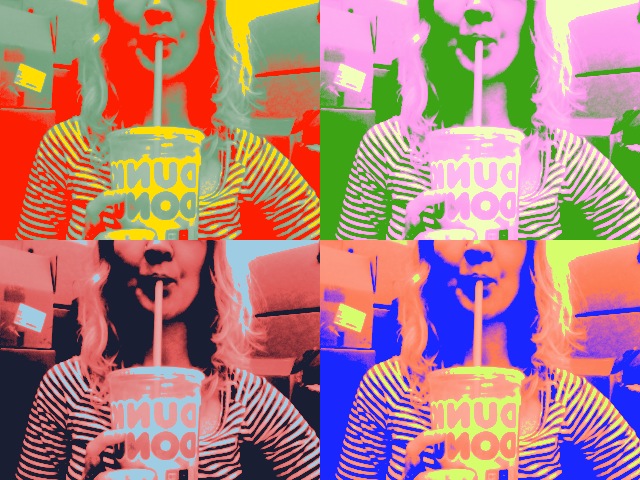 drinkin in my intern cube filled with boxes. today I got a mega cup. kim runs on dunkin. obvs 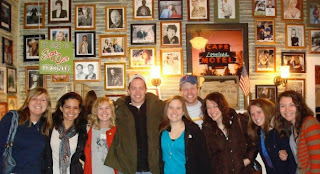 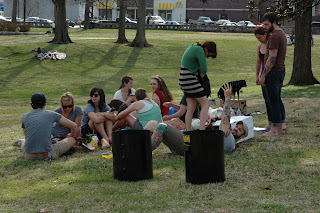 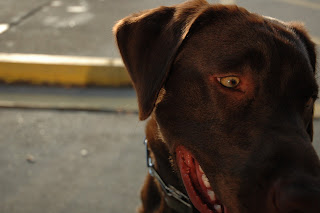 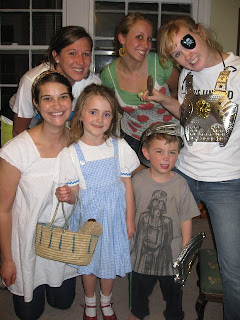 Today is my last day at United Way!!! I can’t believe how fast time went by.. I have so much to look forward to and be excited about, so it hasn’t really set in yet. My cowerkers took me out to lunch at the German town cafe! and got me some cheesecake! Tonight we’re celebrating Cresson’s 21st birthday starting at midnight since I wont be here for it on Saturday! I made homemade Sangria for her, and we are going to a breakfast place in the morning, too! Someplace called Funky Griddle or something..? I’m excited. And I have to pick up my free bubble tea from Fat Straw on the way to the airport. Me and the owner had a good 45 min chat while I waited for Britta to get out of class. Meeting people has been my favorite part about this trip. Here are some recap pictures of fun times here in Nashvegas. I’ll miss it! 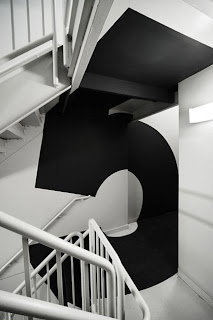 So I have to be at work tomorrow at 7 in the morning. It’s a really big day for UW, and been talked about and planned for since before I came in January. Each year, the United Way puts on a big fancy luncheon to celebrate and award its donors, and the people who helped reach all the amounts needed for different campaigns. Last year, we fell short, though, and I love what the ’08 celebration has morphed into. Its a non-luncheon, now, which is funny sounding, but also much more appropriate for the present economic climate. The people coming have paid the same amount for a plate of food they will not be receiving. The money will be going towards basic needs and the guests will be helping sort these basic needs to deliver to UW agencies. They’re saving tons of money by not having the normal luncheon, which also helps, but I’m still amazed by how much politics goes into everything in such a large non-profit like United Way. Everyone is very careful to thank people who have donated anything towards the luncheon, not just because we really are grateful, but also because it seems to be very important that people know we didn’t pay extra for these gifts. A bank had even offered to cover finger sandwiches, but the idea was respectfully declined because it would give the wrong idea once again.

Anyway, I’m excited to go to my first big United Way event, one week before I leave. This is also the even that will be showcasing all the videos I’ve been working on since I first started. Three of the seven that I made will be on loop at the event. Pretty excitinggg. But I’ll be video taping the whole event and calling individuals out for more little interviews. I don’t know how I became the United Way videographer, and I don’t know If I’ll ever continue in this field again, but It really has been awesome doing something outside my comfort bubble.
I watched a TED video towards the beginning of my nashville stint with Paula Scher looking at her portfolio in retrospect. “The best way to accomplish serious design, which I think we all have the opportunity to do, is to be totally and completely unqualified for the job.” What Scher illustrated this theory with was the job that came to her in 2000, where a group of architects asked her to design inside of theaters with them. She talked a lot about how she had no idea what she was doing. Somehow this is inspiring, haha. Maybe, just because it’s a relief to know that I don’t always have to know everything. So even though these movies are a little rough, they were nothing what I’m used to, but a whole new outlet for creativity as well as a chance to hear wonderful stories about how people are changing their lives, and United Way is helping.
Here’s just one of my videos for an example. I tried to keep them all consistent, for more of a “series” feel. So they are all set to the same music that i got from www.mobygratis.com
Also, here’s a link to the rest of the videos on the United Way of Nashville’s website! Click here. 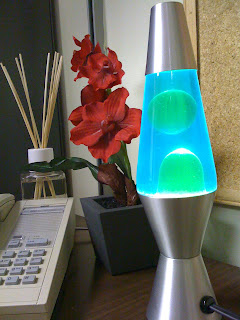 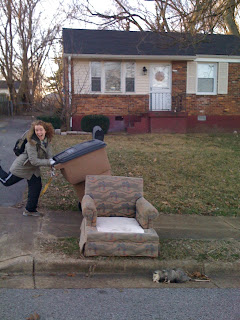 Strong points from the last couple days:
A possum died on the curb in front of our house, right by the couch that’s been sitting in the yard for weeks that the trash people refuse to take. Sick

Today I made cupcakes that could put hair on your chest. It was the result of leftover whiskey in my roommates fridge (both over 21 of course) and a craving to
bake. They were a little on the strong side, but it was covered by chocolate icing which fixes everything. Maybe more days in Nashville will help me grow into my metaphorical boots of being able to handle whiskey.
My bus got stuck behind a long slow train, that after 20 min it took for it to pass, ended up parking right before the road was clear to go. Unbelievable. So we had to off road it a bit and took a short cut around. My commutes are still 2 hours 🙁
I put my new decorations in my office, and got lots of compliments on my lava lamp! Bringin’ back the 90’s one lava lamp at a time!
Also, someone walked into our office asking if someone was pickling something..? Because he thought it smelled formaldehyde-ish? This is why I got the reed diffusers, but also because they smelled good at target, and were on
clearance and I’ve never had them before.
Jennifer, my boss’s boss, offered to buy the external hard drive I need to clear room on my computer to be able to use it for United Way graphics. After a lot of research and review reading I found this one. I’m so excited for
it to come in any day now! It holds 1 Terabyte (1000 gigabytes) And I couldn’t find any scary crashing stories about it! LaCie is apparently the first brand to have released a 1TB external hard drive, which in my mind, equals credibility. I’ll post a picture when It comes!
I’ve decided to try and get a poker tournament going this weekend with a $5 buy in to help fund my coffee addiction! Wish me luck! 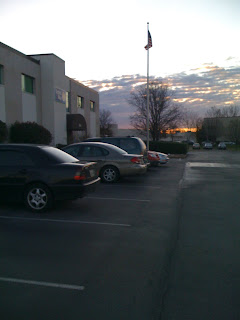 So my intership started on Thurdsday! I woke up about 6 to catch my two busses, and get to United Way by 830 for the meeting. I was really nervous about being late. So of course, I got there about 45 too early, just in time to watch the sunrise next to the building. I had no idea what bus stop to get off at since the bus was so packed and I couldn’t really hear anything from the back of the bus. I got so nervous that I’d already missed my stop that I just got off the next time the doors opened, and when I stepped off the bus I saw the building right across the street.
I met all the people in my marketing department- there’s 4, along with many other employees who handle all sorts of different areas. Scott is the guy who initially took me under his wing. He was extremely excited when I noticed his site-mapping covering his walls. Site-mapping a website includes lots of butcher paper and post it notes covering the walls, and he had been a little overwhelmed with being the only person responsible for updating the UW Nashville website. Everyone assured me that I would never be bored.
The first thing that was on the list was the big marketing meeting. On the way down to the meeting, Scott explained to me how United Way works. The Board is a group of volunteers who are all presidents/CEOs of places all around town. Everything runs through them, and they decide who stays and who goes of the UW staff. I was introduced at the meeting, and a reference to Kansas being the middle of nowhere was accidentally used, and then laughed about during the meeting, but for the most part I just tried to pick up on what I had jumped into. The website was a big subject- the issue being how to promote it once the new site is up, as well as a big campaign celebration occurring at the end of the month. It was a big brainstorming meeting with the CEOs and marketing group, and after this meeting there was a post-meeting meeting with just the marketing team to pick out what was good, realistic and do-able. 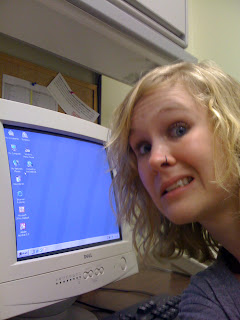 The marketing team is doing a Biggest Loser competition so we had to move the community scale out of my new cubicle. The computer in my cubicle highly resembled the one I first used in kindergarden. Many things around the building are from the 70’s since pretty much everything was donated. I had a good conversation with Barbara, the in-house graphic designer, how she really respected United Way in its frugality. She said that its kind of refreshing to see the old furnishings and undesigned walls, because so much we see other non-profits whose staff all have thousand dollar chairs and are beautifully decorated inside. It’s nice to hear such a humble outlook, but It is going to be interesting not being surrounded by tons of resources like I’m back at school.
My next day at work wasn’t so perfect. I caught all my busses late and got to work really late. The IT guy couldn’t set my mac up to the network, but he should be able to do it on monday so I can start working. People were a little too busy to delegate any jobs to me, so my day was spent decorating and rearranging my office. Today (saturday) I went to Target and got a lava lamp, a little pot with flowers, and some fragrance reeds. I’ll take a pic of it on monday!